I know this is typical, but my trip to Greece has been my absolute favorite place I’ve been to (other than Paris…nothing tops Paris). If you retain one thing from this post, it should be that visiting Greece in off-season gives you the most relaxing vacation. We went in late May and it felt like the perfect time.

We started our trip in Santorini and stayed in Caldera Villas on the Oia side of the island. It was beautiful and close to the main places we wanted to explore (these donkeys were right outside our hotel door).

Most of our time was spent walking around, taking pictures, and going into shops. When we decided to be more adventurous and go cliff jumping, we chickened out and ended up not doing it…so you could say it was a relaxing trip.

One of the main activities people know about Santorini is riding the donkeys. Donkey rides are available at the bottom of the island on both sides. It’s a bumpy ride up to the top but a unique experience and I definitely had fun! One time we climbed the stairs ourselves instead of riding the donkeys and it was a struggle. That might just be because I’m not in the best shape, but I’d like to believe it would be hard for anyone.

We took a bus to Fira to explore the other side of the island for the day. This part of the island seems to be more lively. We mainly walked around to see all the shops, I bought two pairs of the cutest handmade sandals and we relaxed on the patio of Franco’s Bar.

We took a boat ride to Ios which was much different than Santorini. Since we visited in the off-season, there were barely any tourists there. It felt like our own private island! The first taxi driver we rode with gave us his card and told us to call him whenever we needed a ride and sure enough, we called him every time and he showed up to pick us up for our $5 ride.

We couldn’t tell when we were there, but in the summer Ios is a huge party island. I’m kind of sad I missed that experience there but I think we got a pretty good deal too.

We stayed in Ios Palace, an amazing hotel right on the beach. They greeted us with mojitos and showed us to our room with a perfect view of the beach.

We were one of the first customers at a beach bar called Free that had just opened. It has everything you could ever want. That’s when we realized this island usually isn’t as vacant as it was when we were there.

The best part about Ios? The sunsets (my pictures don’t do it justice AT ALL).

After dinner one night we were walking through the town square and I spotted the most neon sky I had ever seen. I immediately started just running up the hill to get a better view. My excitement led me to now my favorite spot. This random place on the side of a mountain overlooks all of the main Ios port. The sun sets perfectly over the horizon and I’ve never seen anything more beautiful. Everyone talks about how amazing the Santorini sunset is but after seeing both of them, there is no comparison.

on the road again

To Do In: Houston, Texas

Visiting the Dallas Museum of Art in…

0 responses to “Santorini and Ios, Greece” 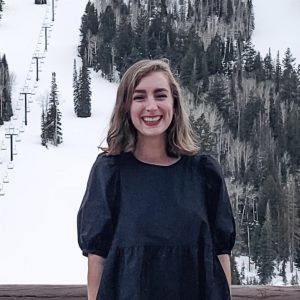